Orland Park, IL — A disturbing level of hypocrisy is on full display by Cook County and Orland Township Democratic officials.

Reports have disclosed that the ex-wife of Illinois State Senator Mike Hastings filed a police report accusing Hastings of domestic violence — specifically beating, choking-out, and verbally abusing his ex-wife in front of their small children.

There have been calls by several political officials for Hastings to resign, including by Democrat Governor JB Pritzker. As of the time of this statement, Cook County Board President, Toni Preckwinkle, Democrat Cook County Board 17th District candidate, Dan Calandriello, and Orland Township Democratic Committeeperson, Beth McElroy Kirkwood have refused to call on Hastings to resign.

Not only has there been complete radio silence from these Democrat officials and candidates — the Orland Township Democrats continue to support and fund Hastings and his campaign for reelection — contributing $45,000 to his campaign in the last week alone.

Prior to the recent allegations by his ex-wife, Hastings has been previously accused of intimidation, harassment, and violence by other women. This includes paid settlements for accusations of sexual harassment of a female employee, racially harassing and discriminating against an African American staffer, and accusations made by female colleagues in Springfield claiming Hastings subjected them to repeated verbal harassment, verbal abuse, bullying tactics, and intimidation.

My opponent, Dan Calandriello maintains his endorsement and support of his friend, Mike Hastings — even sharing a political mailer professing their support of each other. Calandriello has repeatedly refused to call for Hastings to resign and has even refused to publicly denounce the abhorrent acts of violence committed by Hastings.

This is not only completely unacceptable — it shows a total lack of leadership, judgement, and character.

While most Democrat politicians claim to advocate for the protection of women — when it comes time to actually stand up and speak out against acts of violence committed by their Democrat colleagues — there is a deafening silence on the part of these officials. Regardless of your political affiliation, this should tell you all that you need to know. 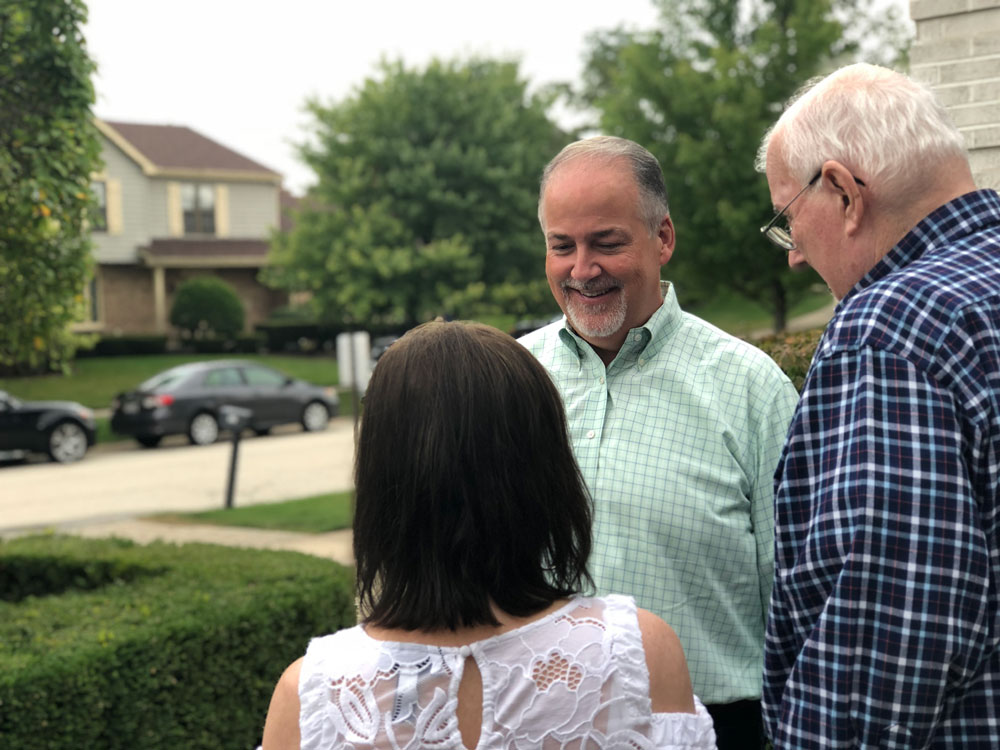